Karen used to ask, “Why does this always happen to me?”  And of course it did happen to her!!  Do you believe that something always has to happen to you?

What we find is that after Time Line Therapy techniques things are different.

Don’t you see, we make decisions that create beliefs and they run our lives in the present and our future.  So what kind of beliefs did you create in the past, that limit you that you want to get rid of right now?

Do you understand that if you’ve have a belief that its not OK for you to have a relationship that works, and someone who is absolutely perfect for you walks into your life, you’ll never even notice them, because you’ll be waiting for the relationship you’re in to fail.  If you believe that it isn’t OK for you to make a lot of money, and the most incredible opportunity for financial gain came your way, you’d miss it!  Because you’d be looking for what won’t work, and you’d be looking in all the wrong places.

At one of my seminars, I worked with a medical doctor who had a real problem with his children.  He thought they were out to get his money, because he did make a lot of it.  In the The Secret of Creating Your Future Seminar, we changed his decision that he had made in the past.  He actually made the change inside himself — changing his beliefs.  Do you know what happened?  His kids changed how they acted toward him.  You see, you get what you focus on, and he was in the past focusing on how bad his kids were to him.  Because he changed the decision he made about them he actually began looking for the good things in his relationship with his kids.  What happened next was that they actually began to act differently toward him.

We cleared that belief in the same way as we are going to clear out any limiting beliefs you might have.  Six months later Patty was in a loving relationship with a man, and is very happy and satisfied, and knows she deserves it.  I think that they might even get married.

Perhaps you decided in the past that it wasn’t OK FOR YOU TO HAVE A LOT OF MONEY.  One of the salesmen I worked with just wasn’t making enough money.  For his entire life he felt like he hadn’t made enough money.  During his entire career in sales he felt like he never got anywhere near his full potential.  Well, we discovered he had made a decision about money when he was in the womb.  When he cleared that decision, and reevaluated all the events between then and now, as we’re going to do together, his income doubled in the next 30 days.

Another sales person was the number seven out of eight sales people at this car dealership.  He had decided that he wasn’t good enough to sell Mercedes Benz to rich people.  He felt inferior socially.  I asked him when he decided that.  He remembered that at a young age he had accepted a new belief when his mother told him that their family would never make a lot of money.  We eliminated that belief, and by the end of that month he was the number one sales person.  And John was the number one sales person at his dealership for more than half the months of that year.  And he just decided that, “Hey, I deserve to make a sale, to anyone I choose, my social status doesn’t have anything to do with it.  In fact if they’re going to buy a Mercedes, they might as well buy it from me, because I give better service.”

We make decisions that create beliefs, and many of them are really absurd.  Silly things like its not OK to make enough money!  How bizarre.  It’s important for you to know that this is a totally abundant universe.  We live in a society that has more money than any society in the history of the planet.  It is impossible for you to not make enough money.  If you live anywhere in Western Europe, North America, Australia, New Zealand, and most of the other free countries of the world, it’s impossible for you not to have enough money.  What’s keeping you from making money are simply the beliefs that you have yourself, such as, “I’m not good enough,” or “money is no good,” and the like.

The limiting decisions we’ve made in the past keep us from making decisions in the present that make it possible for us to create our future the way we want it, and those are the ones we want to get out of our past — we want to clear all of them out.

Did you ever decide to be clumsy, to be a slow learner; to be helpless; lazy; stubborn; you would always have bad luck; that other people wouldn’t like you; that you were not good enough?

So what we want to do right now, is to clear up those things those silly little things that keep us limited.  Because, look I’ll tell you what.

You know, at some point, you’re going to finally pick up the ball and run with it.  You have a destiny — something to do,  and you’re going to get on with it one way or the other.  Do you want to do it kicking and screaming, or happily?  At some point it’s going to be time for you to get on with it and stand up — to stand in your own spotlight.  Now I’m not going to suggest that the time is now!  I wouldn’t suggest that to you, but I would suggest that there might be some decisions about you and your ability that are keeping you from having what you want in your life that could use some cleaning up.  Think of all the limiting decisions you’ve made in your life.  How many were recently?  Even last week.  So what is it that holds you back?  What kind of limiting belief do you want to let go of?

Often limit us and keep us from being able to create the future being the way we say we want it.

If it persists over some time, Worries can interfere with work, relationships and even our sleep.

The TimeLine Therapy™ Techniques In Letting Go of feeling low.

If it persists over some time, Limiting Decisions can interfere with work, relationships and even our sleep. 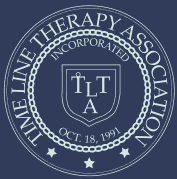